This is the ultimate motorcycle tour of the West Coast of Ireland!

Picture colonies of puffins on the sheer Cliffs of Moher, the savage beauty of much-loved Connemara and some of Irelands’ wildest shores in northern Donegal – where Irish is still the mother tongue and traditional culture thrives.

Riding mostly 5-6 hours per day, we’ve also included some rest days to allow you to soak in your beautiful surroundings, with options to ride and explore the local area if you desire.

The routes are pre-programmed in detail on our Sat Nav systems, which ensures you see parts of the countryside that ordinary visitors rarely see. Each evening we stay in lively towns where you can relax or engage in the local Irish social scene, normally with a great range of restaurants and pubs to explore.

Some pictures of the Ultimate Wild Atlantic Way motorcycle tour! 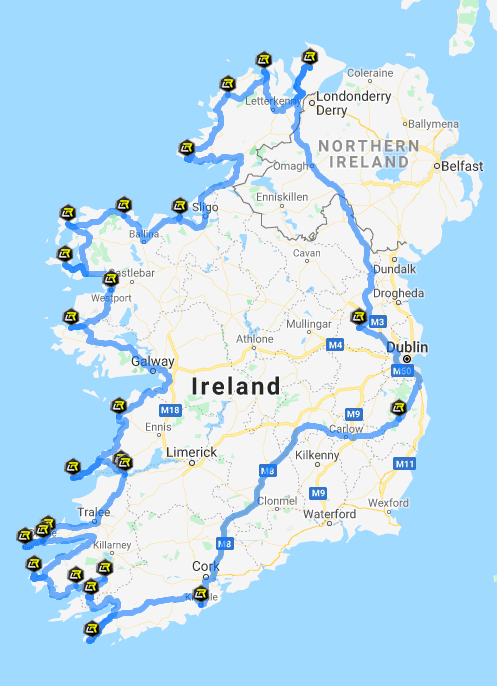 Day 4 - Killarney to Dingle via The Ring of Kerry

Day 11 - The Northern Headlands of Donegal

Chauffeur transfer to Dublin Airport for flight home.  Alternatively, you can choose to have your car take you to Dublin city if you are planning on visiting the capital city for a day or two.

Included in your Ultimate Wild Atlantic Way motorcycle tour package is a personalised itinerary which you can download to your phone.

We include everything from your flight details and airport transfers to hotel check in references. You’ll also find points of interest and our favourite places to explore along the riding route, as well as some frequently asked questions, contact numbers and manuals.

We will send this to you and your group ahead of time so that you can start reading before your trip! On arrival, we’ll also present you with a souvenir road book.

"We booked a 13 day Wild Atlantic Way Tour with Lemonrock - Paul was easy to get along with and the whole booking process was easy as 1.2.3. Paul was extremely helpful and caring - we felt very warmly welcomed. The bike was in top condition and we had no troubles the whole journey with the bike. The Tour took us to some beautiful roads we would never found by ourselves. Highly Recommended!"
“Thanks to LemonRock for making my #1 Bucket List dream come true. Getting to ride a motorbike through the beautiful lands of Ireland! You guys are simply the best, the bike was incredible & it really was an incredible adventure!”
This trip is a must do!! Put it on your bucket list. Don and Paul at Lemonrock are remarkable. I could not have asked for a better experience. I would do the whole trip again from start to finish. I do not have a single regret.
Previous
Next

Motorcycle tours in the West and South West of Ireland 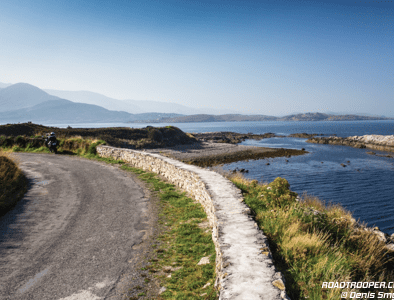 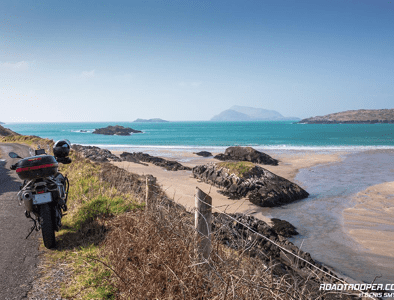 6 days, 7 nights riding the South West of Ireland, taking in Cork and Kerry. 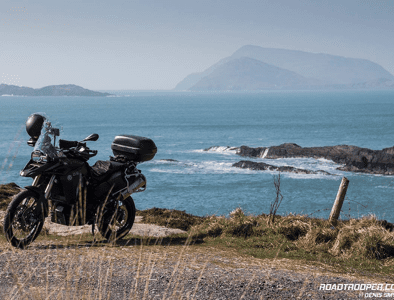 5 days, 6 nights riding the 3 Peninsulas on the Wild Atlantic Way.
Comments are closed.